From Start to Finish

Thanks to the generosity of our wonderful donors, The Basilica School is able to provide an affordable, quality Catholic education for all of it students. These charitable donations allow our Tuition Assistance Program (TAP) the ability to provide subsidy and/or financial aid to all of our families. Please find in the paragraphs below, information pertaining to our major benefactors.

The Edward B and Joan T Knight Foundation 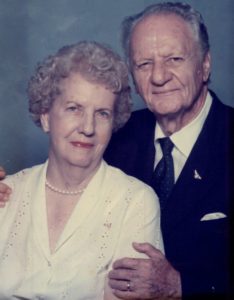 The mission of the Edward B and Joan T Knight Foundation shall be to support charitable, religious, educational and medical facilities that encourage the development of strong, moral, educated youth in Florida with an emphasis on the Florida Key as well as supporting organizations that promote strong family values. By providing grants to local institutions, the Foundation seeks to promote programs and initiatives that support education, including job training, encourage the development of leadership skills and moral character and provide for the health and welfare of children and families in South Florida and Haiti.

Larry Dion was one of 7 children born to Joseph and Victoria Dion in North Adams, Massachusetts on November 10, 1921.  He and his siblings attended Notre Dame Catholic School.  During the depression, the family made the journey from North Adams to Key West for a year, where Uncle Fred Dion now resided with his family.  Larry and his brothers attended St. Joseph’s School while his sisters attended the Convent of Mary Immaculate.  All the family came to love Key West.  After returning to North Adams, Larry graduated from Drury High School, and attended vocational school in Greenfield.  At the outbreak of World War II, Larry, and three of his siblings joined the military. Larry chose the Army Air Corps, with flight training in Arizona and Iowa.  There he met Florence Knepper.  Larry flew P38s and became a B17 navigator and pilot, stationed in North Africa and Italy.  After the war ended Larry flew his B17 to West Palm Beach, then headed to Key West where most of his family now resided.  He traveled by train to Iowa and brought Florence back to Key West, where they married on February 15, 1946.

Larry and Flo quickly became part of the community, with Larry a member of the Knights of Columbus and Flo a Catholic Daughter.  Their house often hosted Father Joseph Beaver, Father Robert Nilon and many others.  Any time there was a fundraiser or capital improvement project — they could be counted on.  Larry was honored along with other Knights by Archbishop McCarthy in Miami. Larry also remained in the Air Force Reserve, and holding the rank of Major.

In Larry’s will, provisions were made for the formation of the Larry Dion Foundation upon the sale of the family business.  It is the foundation’s proud honor to carry on the legacy of giving to our Catholic parish, and especially The Basilica School.

Edie Jean Monteiro Neumann — Shining like a star, her smile lit up the world as she brought joy to everyone around her. After a brave battle with leukemia, she now rests with the Lord. An annual gift to The Basilica School in her name continues her legacy of bringing light to the lives of others.